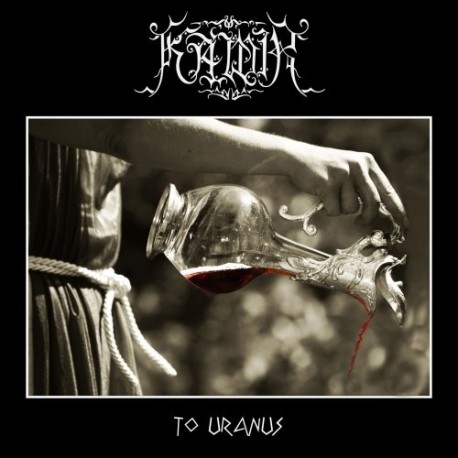 Two years after the release of the critically-acclaimed "Ophiolatreia" album, Kawir is back with a new extended EP.
To Uranus features 3 brand new tracks (approx. 20 min.) where the band takes its art a stretch further. Sakis from Rotting Christ is on guest vocals on the second track.

Also on this new CD are featured both tracks from the "Eumenides" EP 1994 in a remastered version and the first official track ever released by the band "Sinn (The blazing queen)" 1994, from the split EP with Japanese band Sigh.

A historical CD for the band.