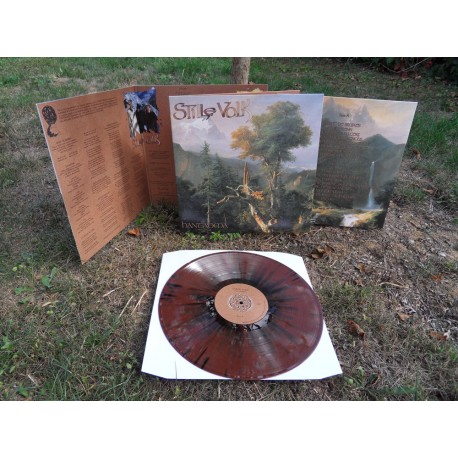 This is where I tell a cool story, bro.
As you may have noticed, getting Holy Records to licence their stuff is very difficult so I am kind of proud having succeeded after 6 years of obstinacy. It took so long to get the green light but finally did. I discovered this album on a Metallian sampler (well-known French extreme metal magazine) in 1997. I was still a teenager and this folk music among mostly black metal tracks really stood out. Not only because it was different from anything I would listen to but because it is so good. Have been a Stille Volk fan since then and everytime a new album got out, I would email the Holy Records crew to release Hantaoma from Stille Volk on vinyl. Agreements were orally given but the thing just never got signed. Each time. Then it happened and the magic begins here.
begins here.