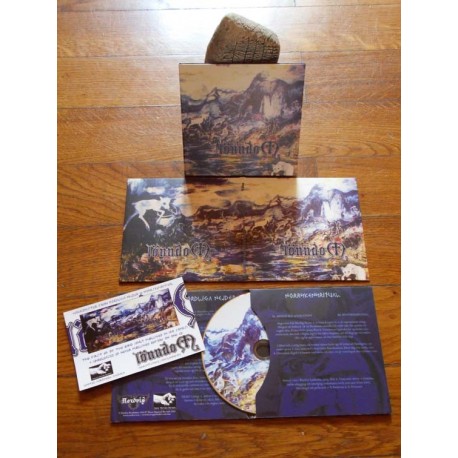 First two tracks are from the "Hagkomster fran Nordliga Nejder" EP, released for the first time on CD.
This material was previously only released with the first 100 copies of the "Falen fran Norr" LP
and is a logical anticipation of this masterpiece album since they were recorded shortly beforehand.
The "Norrskenritual" EP was never released to this day.

The CD comes in a limited handmade & embossed gatefold digisleeve.